My sweet little boy is now 7.5 months old. He weighs 20 lbs! Kate was 19 lbs and Claire 20 lbs at 12 months! I'm so thankful for him and he brings much joy to our family. He is so laid back and easy going. He can sit up now and rolls all over the floor. Kate and Claire treat him like he is their baby and the boys are prepping him for wrestling. We love you little guy!! 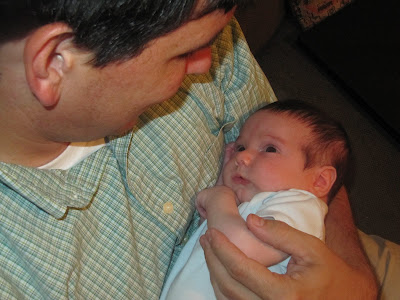 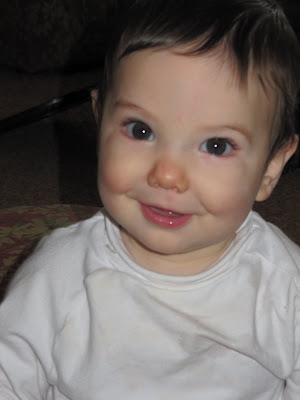 Last week Henry told Kate in no certain terms that she shouldn't be bossing him around (see previous post.)
Today he told me Kate and Claire are "momma kids." I guess he's finally resigned himself to life with 2 older sisters. :)
I can't find the battery charger for my camera and it's dead so I'll just repost a video from 3 years ago of my "mamma kids" and Henry.
Posted by Unknown at 1/13/2012 03:38:00 PM 0 comments

These are just memories for Henry and me when we are older. He has just turned 4 and it's fun to have a little boy.

Kate was bossing Henry around and Henry said, "The Bible says you are supposed to honor your mother and father, not other kids."
Henry and Rick were wresting and Rick picked him up, flung him over his shoulder, spun him around, and threw him down on the ground. Immediately Henry said, "who won?"
The boys got their first Nerf guns for Christmas and they have been a huge hit. My days now consist of many moments like this: Henry says, "Can I shoot you and you die after lunch?"
Posted by Unknown at 1/06/2012 03:30:00 PM 1 comments