Looks like this little guy has finally figured out how to fall asleep in the actual bed. 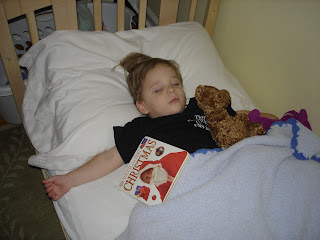 These 2 chatterboxes on the other hand, have figured out it's more fun to talk than sleep. 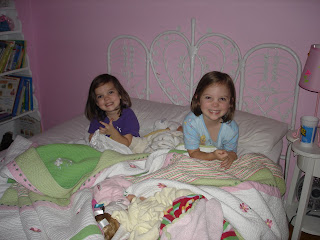 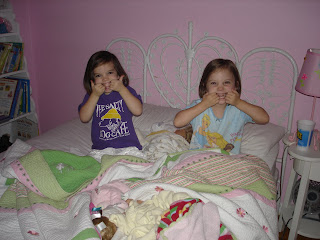 Henry is 22 months now. He is potty trained (big boy) but apparently draws the line at actually sleeping in his big boy bed. 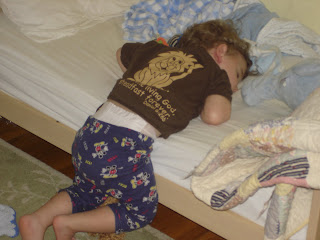 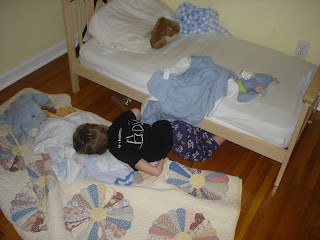 Baby Update: The nesting is now totally out of control. How many times can I rearrange the kids' rooms and clean out their closets? I'm ready for the baby to come already so I can relax! :) Hopefully we only have 7 weeks left! Kate still thinks it's a girl; Claire has decided it's either a boy OR a girl. I ask Henry if he wants a brother and he says, "No." Then I ask if he wants a sister and he says, "No." Then I say, "well, what do you want"? He says, "Barney!"
As far as names go....let's just say....we're working on it.
Posted by Unknown at 10/22/2009 06:29:00 PM 3 comments