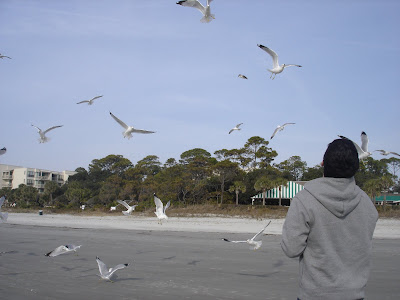 I'll take care of that....I'll put some bread on my arm 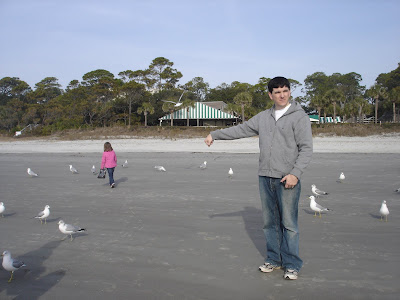 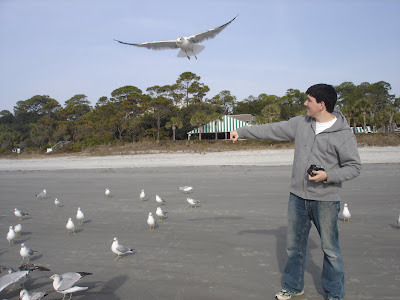 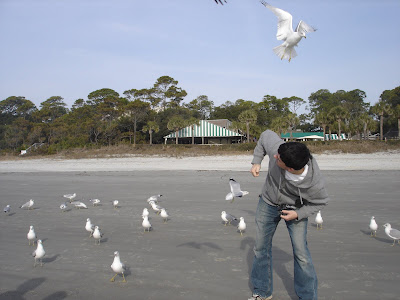 I love Saturday mornings. So does Kate...and so does Jack 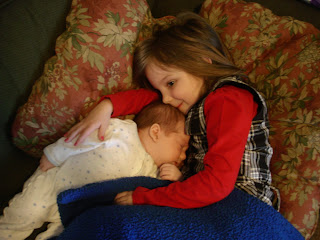 Jack is 6 weeks old today. Here's what we've been up to: 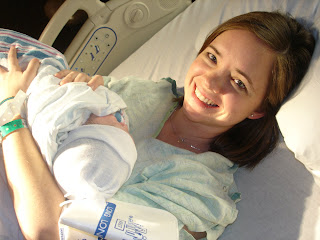 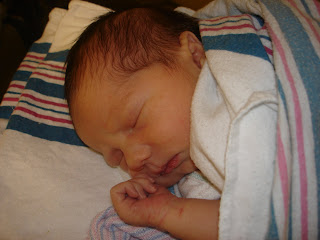 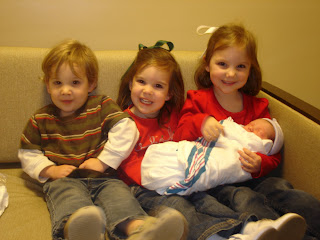 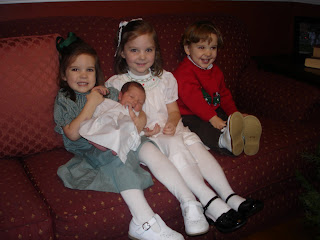 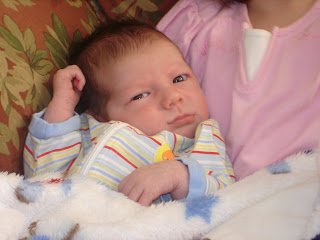 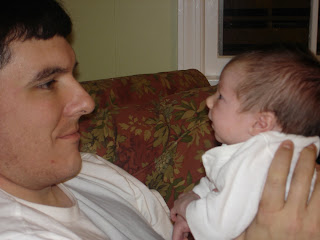 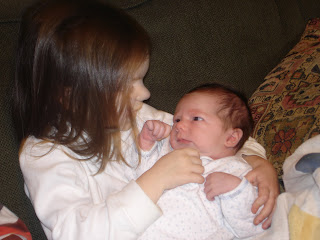 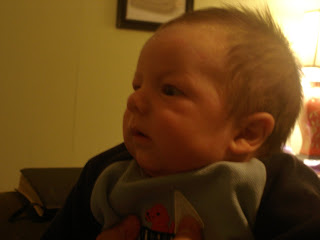 Are You Holy or Holi?

I like Nick Jr. The kids enjoy the shows and they seem "wholesome." I do not know every show that comes on the channel, but I do not remember seeing anything that would cause me to not let them watch the channel by themselves...until today.

We were watching just now, and a short 1 minute cartoon came on where everyone was saying, "Happy Holy!" and they were throwing colors around. I was barely paying attention, but the word, "Holy" caused me to look up and watch. I thought it was a strange thing to have on TV so I turned to google and found this article. Apparently, the cartoon was celebrating a Hindu Festival of Colors "Holi", which I had naively mistaken to be "Holy".

Many people in our nation praise the fact that we are a melting pot of nationalities and religions. The problem is that God is a jealous God (Exodus 20:4-5). He is not so proud of us for mingling the glory of His son with the glory of false gods. Nick Jr. then advertised themselves as being, "like preschool on tv."

This TV channel openly confessed they are actively seeking to teach my children to celebrate festivals of an offensive false religion. This TV channel proudly proclaims to be an enemy of God. Am I too harsh? Not according to scripture. It is true that we are not a theocracy in America, but we, as Christians, do live in the kingdom of God. As citizens of that kingdom, we must be wholeheartedly devoted to holiness, which involves being set aside to making known the true creator God, our Lord.


‘I know your works: you are neither cold nor hot. ﻿Would that you were either cold or hot!  So, because you are lukewarm, and neither hot nor cold, I will spit you out of my mouth. (Revelation 3:15-16)

Are you my mother?

I posted on facebook that I think John Richard is going to think Kate is his mother because she holds him so much. If I didn't remember giving birth to the child a few weeks ago, I think I'd be convinced she's his mother too.
All day I hear, "Can I hold him? I need to give him a bath. I need to put lotion on him. I'll hold him while you go make my lunch." (I guess I've turned into the short order cook) It goes on and on.
I've got him on a good nap schedule now (9am-11am and 1pm-4pm) and she doesn't like it when Claire and Henry make noise during his morning nap. The other day, she made this sign for his door. Of course, Claire and Henry can't read so it really does no good. :) 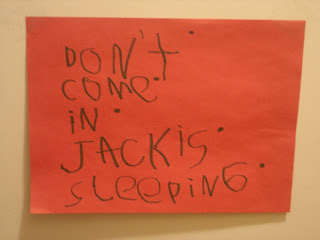 We celebrated the New Year Hutchinson style...which means we do nothing and go to bed early...just the way we like it!
Well, we did have some fun with fireworks at 6:30pm. Here are some pics:
Henry and Claire weren't that impressed at the beginning of the show 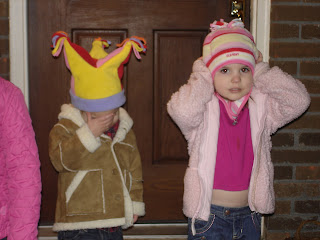 By the end, most everyone was having fun! 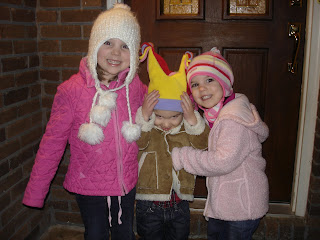